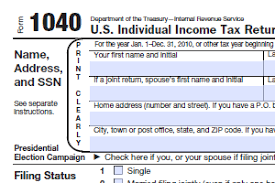 The new tax bill limits deductions on high state taxes.  Criticism of this provision was that it was unfair, particularly given these high tax states contributed more to the Federal government measured by taxes paid in.  However, is this a just measure of fairness?  The answer gets complex and that is when reason is discarded.  Clearly, the amount paid in by state is irrelevant standing alone and should be offset by the benefits received.  However, the benefits received are distorted by the concentration of pockets of poverty, upon which most federal benefits are proportioned.  Therefore, while federal tax collections are based on a uniform tax definition, federal benefits remitted to states are proportioned by financial need of the citizenry where ever they live.  The U.S. constitution provides that federal revenues are to be split between states on a per capita basis.  This was later changed after the Sixteenth Amendment.  Today, the Federal government is the major source of socialistic spending with an ever-increasing budget of financial entitlements.  The high tax states garner the vast majority of such benefits, albeit not measured on a per capita basis.

Because welfare is disproportionate to taxable income on a per capita basis, the best measure for justly applying federal taxes is not collections by states nor net benefits received, but the definition of Federal taxable income.  Doing so puts each citizen, irrespective of the state in which they live, on the same standard.  Liberals are generally concentrated in high tax states where they elect liberal politicians who raise high state taxes in order to payoff the labor unions, public educators, public workers, public social organizations and fund the high cost enforcement of socialistic regulations in their respective state.  The population of these states makes political decisions to pay high state taxes.  The constitution does not support subsidizing political decisions of various states financially, although it does allow, protect and permit it.  Therefore, limiting state tax deductions to a uniform amount for every citizen is entirely just and a better means of reaching a more uniform definition of Federal taxable income.  It is not penalizing citizens in high tax (liberal) states, it is merely eliminating a bias in their favor.