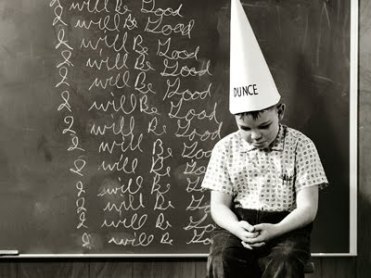 I had a conversation with my friend who was telling me about his neighbor that was caught up in the liberal socialism of today’s radical politicians and media.  He expressed wonder at how this man could promote such radical impossible ideas. I listened, then suggested he ask his neighbor whether he considered himself to be a good person.  My friend responded immediately, “I know already, he considers himself exceedingly good.”  I believe such a belief is the gist of all deception and source of wrong rationalization.

This is the state of mankind from our ancestors exit from Eden and it is no less true today.  Observation bears witness and history evidences an irrefutable conclusion of human depravity.  Who are those who deny it and upon what facts do they rely, but their own blindness and dismissal of the reality of human nature.  Yet, their arrogance leads them on to fictional fantasies of world-wide utopia in harmony, peace, without crime, tyranny, murder, sickness, abuse, and the myriad evils which transpire daily.  These are those who espouse human rationalism and the deification of man, their own values and a contempt for God.  They will tolerate a powerless fake religion of socializing, philosophy and psychology, but hate those with Judeo-Christian values.  Their theme song is Lennon’s “Imagine”, but their idol is money, power, and control. However, this is nothing new and they are no more or less wicked or godless than their ancestors.  Their delusion of utopia is proof of a mental defect and/or deceit by others.

Yes, there is goodness and love in the world, as well.  Occasionally, a heroism or act of benevolence will be reported.  Love in its purest form is very common, demonstrated by parents for children, spouses for each other, and too many events to catalog.  Does this contradict the ruin and depravity of mankind – no.  These acts of kindness and love are the evidence of God’s mercy and compassion towards man.  It is from above, rather than from within man.  Yeshua explained,  “Don’t you see that whatever enters the mouth goes into the stomach and then out of the body?  But the things that come out of a person’s mouth come from the heart, and these defile them.  For out of the heart come evil thoughts—murder, adultery, sexual immorality, theft, false testimony, slander.”  (Matthew 15: 17-19).   Moreover, God has chosen a people for himself out of the world beginning with Abraham, the patriarchs, Israel and the congregation of believers.  These claim no inherent virtue in their own self, but acknowledge God as the only “good”.  They were in the world and subject to its brokenness until by Gods grace and sovereign will granted faith to lead them to salvation, redemption, and the way of love.

It is God’s saving providence, through the congregation of Believers, the salt of the earth, that preserves things until the end of days.  We are all broken and in need of forgiveness, mercy, compassion and direction from God Almighty.  My friend is a good example of such grace as he befriends his neighbor without condemnation.  Hypocrisy is rarely mentioned these days, even in politicians, it appears to be quite acceptable.  Paul warns us, “if you know his will and approve of what is superior because you are instructed by the law; if you are convinced that you are a guide for the blind, a light for those who are in the dark, an instructor of the foolish, a teacher of little children, because you have in the law the embodiment of knowledge and truth—you, then, who teach others, do you not teach yourself?  You who preach against stealing, do you steal? (Romans 2: 18-21).  I don’t consider myself good, nor does my hope rest in following the scriptural law, but my hope is built on nothing less than Jesus blood and righteousness.  What say you?