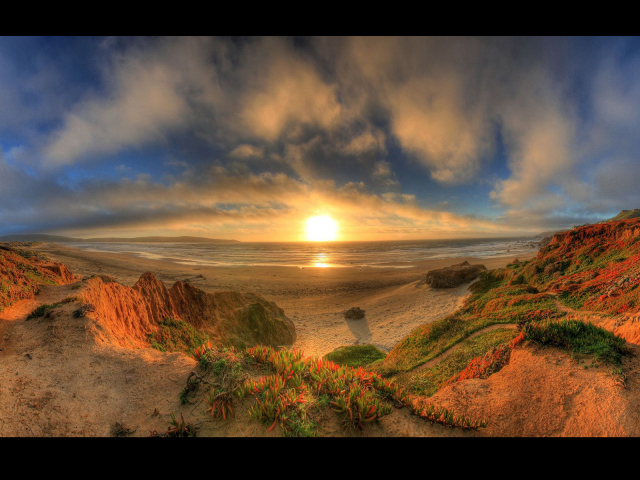 The universe was made by God, by His design, through His spoken word, and He said it is good. We see God in Creation as it reflects His glory. (Ps. 19:1) Who has not looked at the majesty of the sky filled with clouds by day or stars by night and not marveled in wonder? Just so, our scientific discoveries through the ages have revealed a design that is marvelously intricate, connected, purposeful, ordered, and in total, still a mystery. From this plethora of flora and fauna we have discovered medicines, supplements, antibiotics, antioxidants, essential vitamins and minerals that have extended and improved our life span. We can fight many of the diseases and ailments that once proved fatal. All this is from God through the natural world in which we live.

It is easy to distinguish God as supernatural, infinite, Spirit, omniscient, Almighty, which He is, but God also became human and lived among us as a man in this natural world. His coming was foretold in great detail through the ages. He appeared miraculously through a virgin birth with supernatural demonstrations as He was and is God in human flesh. He lived a very humble, but extraordinary life to communicate and demonstrate in the natural, the infinite, loving, supernatural Father and Creator God. He experienced everything we do. (Heb. 4:15) He was killed unjustly by wicked men, but rose from the dead and ascended into heaven. Upon his departure from earth He imparted God, the Holy Spirit, to everyone who believes in Him. (Acts2:23; Eph. 4:18) This Spiritual impartation is effected through the gift of faith which transforms Believers into God’s children opening their eyes and hearts to the eternal reality of Father God.

Just as Yeshua, Messiah (Jesus’ Hebrew name) was God in the natural, Believers are changed into His image with both a natural and eternal Spiritual component. (Rom.8:5-6) The Spiritual realm is unseen and transcends the natural, but is still part of reality in which God exists. Throughout human history God has revealed himself, even before coming to earth as Yeshua, Messiah. God uses natural as well as supernatural means to communicate and interact with mankind. This is most evident in the Bible and its record of God’s interaction with Israel, His chosen nation.

Different measures of faith are given to men, but everyone can see in Creation that God exists. (Rom. 1:20) Beyond this basic recognition of God there are Believers who quench much of the Spiritual reality that could be theirs in Yeshua. Although God gives the Spirit without limit, it is received by faith. (John 3:34; Gal. 3:2) Thus some Believers are scarcely more spiritually alive/aware than the lost, but Yeshua is the judge of all and He is merciful and sufficient.(Rom. 14:4; Matt. 12:20) We receive healing from God through prayer (supernaturally) and through medicine (naturally). (James 5:14-15; Luke 5:31) Luke one of the first century Believers, writer of a gospel in the Bible, was a physician. When things are done in the natural they are often assumed to have been unrelated to God or His will. God works in the natural and even uses unbelievers to carryout His purposes. This can be seen in Cyrus, the Persian king who in 560 BC reestablished Israel in their land. More recently, in 1947 the U.N. by vote reestablished Israel in their land. When God commands us to love others, even our enemies, He is directing us to fulfill His will in the natural. We have the Holy Spirit who leads us in this precise loving act of God in the natural.

The chosen disciples of Yeshua, (Jesus’ Hebrew name) were to become like the teacher. Scripture says it is enough for the student to be like the teacher. (Matt. 10:25) Have you ever wondered what it would have been like to live in the presence of the Lord? We have the gospels which provide some insight, […]