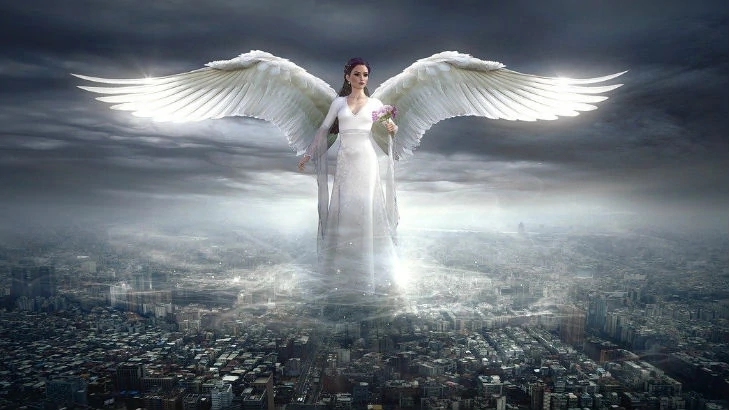 There is a song which says, “Jesus, King of Angels”. I’ve thought more than once, “Jesus is the King of Man, not of angels”. Of course, He is king of everything which includes Angels too. Angels are an interesting topic of many books. Scripture says, “Or do you not know that the Lord’s people will judge the world? And if you are to judge the world, are you not competent to judge trivial cases? Do you not know that we will judge angels? How much more the things of this life!” (1 Corinthians 6:2-3) Is mankind destined to fulfill the purpose of a judge, like Yeshua, (Jesus’ Hebrew name) to whom all judgment has been given. (John 5:22)

The relationship between mankind and Angels is mentioned, “But there is a place where someone has testified: ‘What is mankind that you are mindful of them, a son of man that you care for him? You made them a little lower than the angels; you crowned them with glory and honor and put everything under their feet.’ In putting everything under them, God left nothing that is not subject to them. Yet at present we do not see everything subject to them. But we do see Jesus, who was made lower than the angels for a little while, now crowned with glory and honor because he suffered death, so that by the grace of God he might taste death for everyone.” (Hebrews 2:6-9) Once we enter heaven, are given our heavenly bodies, and reign with Yeshua we will supersede Angels. (2 Tim. 2:12; Rev. 22:5) Are Angels created in God’s image? Are Angels created male and female? Was it for Angels that Yeshua was sacrificed and raised? Was the Holy Spirit impartation made to Angels, as He indwells every Believer? The answer in each case appears to be, “No”. What of the rebellion in heaven, where the morning star fell and took a third of heavens Angels who became demons fighting against God’s rule and authority? (Isa 14:12; Rev. 12:7-9) What of the Angels purpose as a heavenly messenger of God, in service to mankind. (Heb. 1:7)

It’s tempting to speculate that man’s fall and redemption has something to do with redeeming the remaining angelic host and restoring that which was missing to permit a war in Heaven and giving purpose to the hell created for the devil and his angels, but we don’t know and it is not good to speculate, particularly regarding matters that are far above and beyond our current state. Yeshua has become the morning star, when Satan abandoned his station. (Rev. 12:7-12; Isa. 14:12; Rev. 22:16) What we can say is that our current and heavenly position will be completely attributable to Yeshua our Lord and King. Moreover, in heaven as in this life, He deserves all glory and honor and our service to Him, will be by His continuing compassion, mercy and love, not of ourselves.

In John chapter four there is an encounter, unique in Scripture as Yeshua, (Jesus’ Hebrew name), tells a Samaritan woman directly that He is Israel’s Messiah, the one whom the prophets foretold would come to save Israel. Yeshua was a prophet himself and knew the Father’s will and obeyed perfectly. When He stopped at Jacob’s […]

Who Says You Are Crazy

It is amazing how easy some lies are accepted. For example, when secular society criticizes and accuses the followers of Yeshua saying, “You are Crazy.” This happens all too frequently and is so effective it has created a “dignity schism” within the church. Dignity has three meanings it its definition. The First is, “The state […]

The Attraction of God

If God is so good why doesn’t the whole world’s population run to Him? First, masses of people have no knowledge of the one true God. Secondly, God lives in unapproachable light, He is invisible, He is Holy, He is not a billboard on the side of the highway. But, He sent His one and […]