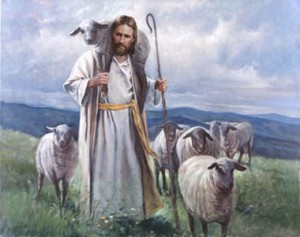 They were leaders in the church and community, from respected families, married to prominent people, doctors and leaders themselves in the church, but they were committed to fraud.  They found a place secluded, hidden and were having adulterous homosexual sex.  Months later after everything had been settled, resignations accepted, families wrecked in divorce, reputations ruined, without any acknowledgement of wrong, remorse or repentance, the exposure of providence was explained.

He was driving along the interstate highway for an overnight business trip in a distant city.  He began to have a strong impression that he should take the next exit.  Nothing seemed wrong with the car, there was plenty of gas, but the sense was increasing and now seemed urgent.  A rest stop was just ahead, so he exited

and parked.  He got out and began to walk to the entrance, but the influence urged again for him to walk around the side.  Not understanding anything except the clearness and urgency of these inclinations, like instructions, he was now committed to follow this to its conclusion.  A somewhat worn path lead into the trees.  He followed it.  After about twenty feet he turned left and looked to see a blanket spread on the ground where two partially nude women were quite obviously having sex.  He recognized them.  They went to his church and they were prominent church leaders.  The women were startled and equally shocked as they recognizing him also.

This is not a story of fiction, but an account of the working of the Holy Spirit.  No coincidence or happenstance can bring unrelated people hundreds of miles apart to a nondescript location at a precise time for such a purpose as this.  The church could not continue to be deceived, light shines in the darkness and the darkness could not put it out.  Much pain and humiliation followed to many people and the church, but in the end those who followed the Lord were set free, made stronger, and the leadership refined.

This is a dramatic illustration of the fear of the Lord, and/or why we should maintain and live in the fear of the Lord.  He can and does intervene, as necessary, but we are sheep in His pasture.  We are so weak and unaware of much around us, even our Good Shepherd.  He knows that we thrive in green pastures beside still waters.  When the wolf comes in to kill and destroy, the good Shepherd protects and spares the sheep.  When God showed up on top of Mount Mariah to give Moses the law, it shocked and paralyzed the people with fear.  They begged Moses to go alone as their representative.  It is almost uniformly necessary for angels to say, “Do not be afraid,” when first appearing to a human.  Angels must be quite glorious and imposing, but they are only God’s servants and messengers.  The Majesty, Glory, and power of God’s presence, even hidden at a great distance is beyond comparison.

You and I live our lives like sheep face down in the meadow and when we look up we find comfort from our loving Shepherd, then we return to our grazing.  All around there are frightening enemies that seek to tear out our throats but for our all-powerful Good Shepherd who never sleeps, nor fails to lead His sheep to green pastures.   He knows how easily we are frightened, so He calms the storm, rebukes the enemy and comes to us as a man, full of compassion, gentle and humble in heart.  He lived and died showing us Father God and for all who would believe, He grants eternal life.

When He returns as He promised, He will not come as a meek suffering servant, but as the King of Kings and the leader of the Host of Heaven.  He will crush His enemies and establish God’s Kingdom.  Those who pierced Him will cry out, “Blessed is He who comes in the name of the Lord.” (Matt. 23: 39).  “Look, he is coming with the clouds, and every eye will see him, even those who pierced him; and all peoples on earth will mourn because of him.  So shall it be! Amen.” (Rev. 1: 7).