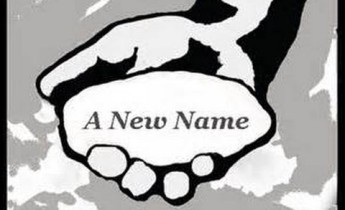 “He who has an ear, let him hear what the Spirit says to the churches. To him who overcomes I will give some of the hidden manna to eat.  And I will give him a white stone, and on the stone a new name written which no one knows except him who receives it.” Revelation 2:7.

The Greek word for overcome means to gain victory or get beyond.  John 16:33 notes that Christ has overcome the world and by believing in Him we become overcomers also.  Seven times in Revelation God urges believers and churches to remain faithful to the end which is evidence that they are believers and therefore overcomers.

Ancient Rome had a custom to give an athlete that won in the games a white stone which was an admission pass to the winner’s celebration afterwards.  Some have suggested that this white stone may be a ticket to an eternal victory celebration in heaven for those who have overcome.  In any event the stone, with our name written on it, will be so personal that only the person receiving it will know what the name is.  What a blessed gift from our Savior.

It is exciting to think that some day we, as believers, will be given a white stone with a new name personalized just for us.  It symbolizes a fresh, new start.  At conversion we become a new creature, old things are passed away and all becomes new (II Corinthians 5:17), but we are still plagued by our fleshly nature and a fallen world until death after which all will be fully new in Christ.  What a joy to contemplate.  Let us hold fast to the end! 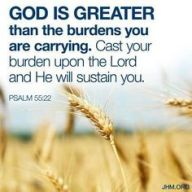 We need reminding that some (or much) of what we have thought comes from worries, lies from the enemy, fears, wounds and hurts, injustice, rumors, jealousy, revenge, etc.  We are very weak and in our natural fallen state; we are broken and very susceptible to evil.  “He went on: ‘What comes out of a person is what defiles them.  For it is from within, out of a person’s heart, that evil thoughts come—sexual immorality, theft, murder, adultery, greed, malice, deceit, lewdness, envy, slander, arrogance and folly.  All these evils come from inside and defile a person.'” (Mark 7:20-23).  Some of… END_OF_DOCUMENT_TOKEN_TO_BE_REPLACED 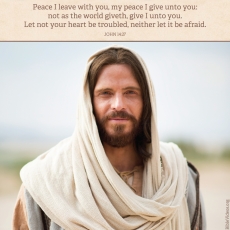 In reading the Bonhoeffer biography by Eric Metaxas, I was struck by how Bonhoeffer maintained his joy and basic Christian goodness even in the midst of persecution while in prison.  Like Joseph in the Bible, even the prison authorities were drawn to him, finding him genuinely kind and generous – even those guards who were despised by the other prisoners.  Metaxas says that “He was a genuinely good man, a living rebuke to the forces that oppressed them and over which they (both prisoners and guards) had little power.”  He became a confessor to those in the prison – even the guards. Afterward prisoners wrote about… END_OF_DOCUMENT_TOKEN_TO_BE_REPLACED