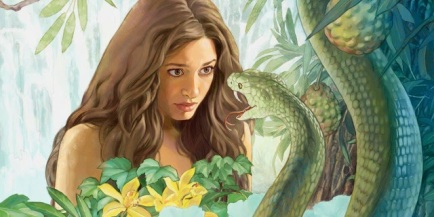 We may be seeing a renewal of warped ideas promoting insanity.  I don’t see any historical gender confusion as we have today.  Yes, Sodom was filled with perversion, but the forceful violence associated with it then is different than today’s masquerade of normalcy.  The Roman empire was given over to debauchery at its end, but without confusion.  The medical malpractice of gender reassignment is no doubt fueling much confusion, but it is all based in a selfish pursuit of pleasure or greed or insanity that resides in the heart of all mankind (Matt. 15: 19).

The history of the organized (and worldly) church has many ideas founded in the same evil selfishness.  For example, in exchange for money people could purchase an indulgence, a preapproved and presumed forgiven act of disobedience.  It provided an evil source of money for wicked priests and promoted wickedness in the congregation.  It was prohibited in 1567.  Yeshua condemned a similar practice of refusing to take care of one’s parents, by asserting that money to do so had been pledged as an offering to God. (Matt. 15: 6).  The love of money is the root of all kinds of evil. (1 Tim 6:10).

False religion, human efforts aimed to appease God’s wrath against sin, is the product of worldly thinking.  “Since you died with Christ to the elemental spiritual forces of this world, why, as though you still belonged to the world, do you submit to its rules: ‘Do not handle! Do not taste! Do not touch!’  These rules, which have to do with things that are all destined to perish with use, are based on merely human commands and teachings.  Such regulations indeed have an appearance of wisdom, with their self-imposed worship, their false humility and their harsh treatment of the body, but they lack any value in restraining sensual indulgence.” (Colossians 2: 20-23).  This scripture might best be illustrated by the practice of self-flagellation, which was whipping or beating ones self for “mortification of the flesh”.  The Catholic church condemned the practice in the fourteenth century as occultism, but it is still practiced by certain other religions today.  Only the depravity of man and it’s human commands and teaching would think God is unable to punish us, if and when necessary, that any virtue could come from self destructive acts, or that hurting yourself was synonymous with humility, self-control, godly thinking, or a path leading to godliness.

The initial and ultimate deception is provided in the account of the fall of man, where with temptation Eve was deceived and Adam choose her over obedience to God. (Gen. 3: 1-6).  All humanity has followed our ancestors pattern of wrong thinking, human effort and selfishness.  Nevertheless, God was not surprised and Yeshua, Messiah was sufficient to defeat the enemy and restore the breach between God and man, through His substitutionary death on our behalf.  In the natural we are still weak and broken, but in the eternal realm of the spirit, we have been raised with Christ, seated at the right hand of God.  “For you died, and your life is now hidden with Christ in God.” (Col. 3: 1, 3).

Today is still the day of Salvation and many are coming to eternal life through faith in Yeshua Messiah.  There will be few, if any, stories in print or media recognizing the growth of the true church.  Yet, many are coming to faith in the forgotten corners of the world.  It is most likely that China contains more believers than any other country in its underground church.  Do not be deceived, the world can not see, nor understand the work of God and it only promotes evil and its distortion of the truth.  Have hope in God, Yeshua won the victory over sin and He will defeat the last enemy of man – death.  “Then the end will come, when he hands over the kingdom to God the Father after he has destroyed all dominion, authority and power.  For he must reign until he has put all his enemies under his feet.  The last enemy to be destroyed is death.” (1 Corinthians 15: 24-26).