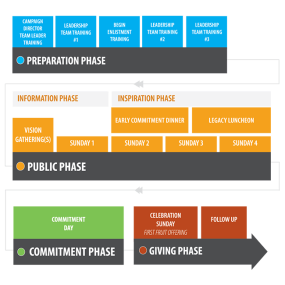 It is interesting to me that Yeshua never raised any money.  He never instructed his disciples to do so and although the Bible contains much instruction about dealing with money, it does not suggest that it is to be gathered up, even to accomplish a great purpose.  There was instruction by Paul to the churches to gather offerings to be sent to others in need, but this was, it seems to me, a specific offering to alleviate particular needs.  I’m not talking about giving, which seems to be the best use of money. The difference between giving money to others and raising funds is vast, perhaps opposite in meaning effect and intent.  Giving money is far from all the many coordinated, well designed, strategic, requests, efforts, gatherings, presentations, communications and begging that goes on by so many who have influence, a following, a dream, or a need to raise funds, both inside the church and in the secular world.

The act of raising funds alone raises a flag in my spirit, if it is good and right for the world, how can it be right for the children of God?  We do see certain destitute people begging for money generally in public high traffic areas.  However, we also see leaders of various  organizations, including churches, raising money.  I do exclude “raising funds” from the act of receiving an offering during a church gathering.  If Yeshua didn’t do or recommend raising funds where did this idea arise?  I believe this is a worldly activity that has infiltrated the church and church leaders.  Yeshua, said give all you have away and come follow me.  I believe the remainder of his teaching was that as we rely on God, as He did, God would supply all our needs, through whatever ways and means He deems best.

Several church leaders have applied the teachings of Yeshua, rather than mimic the world’s ways.  Hudson Taylor was a missionary to China and started the Inland China Mission that reached countless generations of Chinese with the gospel.  He set a policy from the start not to ask for money or even express any physical needs, because he saw this as evidence of not trusting God.  He requested prayer and for people to join him on the mission field, but never funds.  In consequence, God supplied all his needs throughout the years for hundreds of workers, buildings, travel, everything that was needed.  Another example was George Muller who was called by God to start orphanages in the UK.  On the outset he decided just as Hudson Taylor did to leave the supply of God’s business in God’s hands.  He opened and operated numerous orphanages with thousands of staff and children, purchasing buildings, constructing facilities including all operating costs without ever asking anyone for funds.  God supplied all his needs.

I don’t mean this to be a condemnation of anyone individually or personally.  We all are weak and live in the faith we have.  I have many failings and have often failed to trust God in various areas.  However, I do confess that failing to obey God, trust God, believe what He says, and walk in the leading of the Holy Spirit, is wrong and opposed to Him.  When we commit to follow God it is to be by faith.  So he said to me, “This is the word of the Lord to Zerubbabel: ‘Not by might nor by power, but by my Spirit,’ says the Lord Almighty.” (Zechariah 4:6).  God is not so small that He requires our help to beg for money that His work might be accomplished.  I think many well-meaning pastors want to help in what they see are the great works of God, so they tell their friends and followers that you two can help – send money. When God brought the Israelites to the promised land and said enter in, they replied that they were not adequate to gain victory over the inhabitants.  They did not believe God would gain the victory for/through them. Therefore, their unbelief caused them to wander in the wilderness.  After they realized their fault, they decided to go out in their own strength and failed utterly.  When we set faith in God aside, we have chosen failure.  I believe most fund-raising is self effort, attempting to do God’s work without His Holy Spirit.

When it is time to overthrow the powers of darkness God will bring the victory.  “For our struggle is not against flesh and blood, but against the rulers, against the authorities, against the powers of this dark world and against the spiritual forces of evil in the heavenly realms.” (Ephesians 6: 12).  Let us believe and rely on God.  Let us give money generously as the Spirit directs, not as the world gives.  “For though we live in the world, we do not wage war as the world does.  The weapons we fight with are not the weapons of the world.  On the contrary, they have divine power to demolish strongholds.” (2 Cor. 10: 3-4).  So, when we get our focus off money, we can see the truth of things that have eternal value and significance, like sitting at the feet of Yeshua, holding a sleeping baby, and pursuing a humble life and contrite heart.