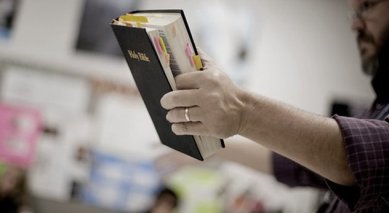 I noticed an article with an astonishing title/accusation against the Vice President, charging he and his wife of moral hypocrisy.  I looked for the source and noted that it was from a discredited fascist source.  However, what was the basis for this accusation?  The writer stated that Mrs. Pence taught art at a private christian school that did not condone sexual perversion and required each student to agree to follow biblical teaching and principles for marriage.  The author’s conclusion followed that working for such an institution was morally contrary to LGBTQ beliefs, and thus morally hypocritical. If one does not believe in the fascist-humanist way, they are immoral.

The truth is that Biblical Christianity is contrary to sexual perversion in its various forms.  “If a man has sexual relations with a man as one does with a woman, both of them have done what is detestable.  They are to be put to death; their blood will be on their own heads.” (Leviticus 20: 13-21; Rom. 1: 25-32; 1 Cor. 6:9; 1 Tim 1:10).  Incest, adultery, homosexuality, casual sex among unmarried people, and other detestable behavior is condemned in the most clear and serious language.  Historically, this was instituted in most civilized societies and recognized as common knowledge.  As recent as 1986 the Supreme Court upheld state sodomy laws in Bowers v. Hardwick (1986).  In 2003, the Supreme Court decided the case of Lawrence v. Texas by rejecting Texas’s anti-sodomy law, essentially declaring that the Bowers decision was incorrect.  Justice Anthony Kennedy’s majority opinion stated, “Bowers was not correct when it was decided, and it is not correct today.  It ought not to remain binding precedent.  Bowers v. Hardwick should be and now is overruled.”  This decision was an example of the Court imposing its opinion over the law and contrary to constitutional authority.  So, we see that all historical law and common knowledge agreed with religious teaching until 2003.  In 2018, the Court, in Masterpiece Cakeshop, Ltd. v. Colorado Civil Rights Commission, upheld first amendment protections allowing freedom of speech and religion against homosexual activists who contrived a scenario to deny them to a Christian businessman, stating, “that these disputes must be resolved with tolerance, without undue disrespect to sincere religious beliefs, and without subjecting gay persons to indignities when they seek goods and services in an open market.”  Where is dignity protected in the constitution?

Today, religious freedom is still protected from LGBTQ activists who along with many other anti-religious groups seek to eliminate our freedom of religion.  Therefore, a Christian school can follow biblical teaching and a person can teach art at such a private school without being labeled “immoral” and “hypocritical”.  Only a great fool or very evil person can not distinguish the difference between tolerance and license.  Christians tolerate evil in society as the Bible teaches, but they do not agree, condone, or license evil practice.  To do so would deny their own religious faith.  Interestingly, their opponents are not equally tolerant of biblical teaching either in society or in their personal lives. The anti-christian groups have their own fascist humanist religion that is based on doing whatever they wish, but they go further by demanding that their faith must be given priority with preeminent acceptance by all.

The Supreme Court ruling in 2003, did not repeal the constitutional rights to free speech and freedom of religion.  Moreover, it has no authority to do so, if and when it should ever do so.  A similar case was brought against the IRS, seeking to overrule longstanding laws pertaining to religious clergy, under a ridiculous premise that no law could acknowledge or pertain to religious organizations.  The Court recognized historical reality and the IRS properly replied that if any clergy of the humanist faith wished to claim treatment under the existing laws, they would need to file accordingly. These Fascist-humanist are a religion, but they seek to be granted the highest power to eliminate all other faiths.  The words “Moral” and “Hypocrisy” have no meaning to these neo-fascist humanist.  Their attacks on the innocent reveal a sinister plan to gain power and wield it to deny freedoms long-held and well established.  How can such ludicrous accusations be given any credence.  Similar hyperbole is used by Nancy Pelosi, leader of Neo-fascism, referring to a border wall as immoral.  Invasion into America, contrary to longstanding law accepted world-wide, is not immoral to any reasonable person.