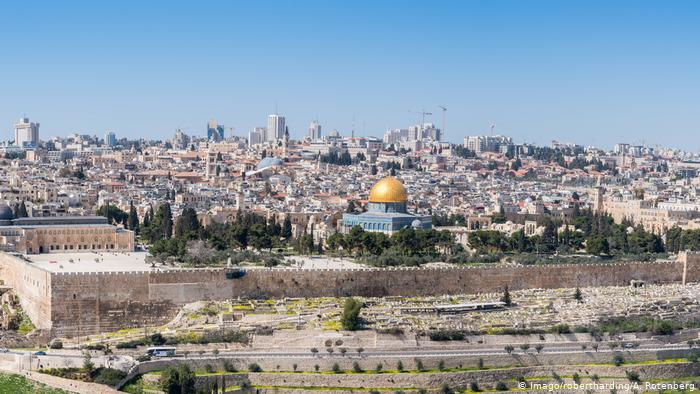 The Lord started something in 1948, reuniting Israel as a nation in the land He had given their forefathers. However, He is not through and will fill Israel completely. “Your children hasten back, and those who laid you waste depart from you. Lift up your eyes and look around; all your children gather and come to you. As surely as I live, declares the Lord, you will wear them all as ornaments; you will put them on, like a bride. Though you were ruined and made desolate and your land laid waste, now you will be too small for your people, and those who devoured you will be far away. The children born during your bereavement will yet say in your hearing, ‘This place is too small for us; give us more space to live in.’ ” (Isaiah 49:17-20) The nation of Israel has been restored and its citizens regathered, but two more prophecies remain. First, the people will fill the land completely, such that they will say, “This place is too small” and those that produced the wasteland will depart and be far away.

Today, Israel is divided and filled with descendants of various Arab peoples. Some lived scarcely in the areas that were still habitable, even as Jerusalem was a tiny village. The region was described by Mark Twain during his tour in 1867. He said, “…A desolate country whose soil is rich enough, but is given over wholly to weeds… a silent mournful expanse…. a desolation…. we never saw a human being on the whole route…. hardly a tree or shrub anywhere. Even the olive tree and the cactus, those fast friends of a worthless soil, had almost deserted the country.”

When Jews began returning to the land they brought restoration, removing mosquito infested swamps, planting Eucalyptus trees, and restoring fertility to the fallow soil. They brought commerce and villages began to grow into towns and cities. In 1948, The UN voted to give small areas of the worst land to Israelis as a homeland. Immediately thereafter, the surrounding Arab nations attacked them, but miraculously Israel won a victory and expanded it boarders. In the Six days war of 1967, it again expanded its boarders through a miraculous victory over the attack of surrounding nations. God described how He would give Israel victory. “Can plunder be taken from warriors, or captives be rescued from the fierce? But this is what the Lord says: “Yes, captives will be taken from warriors, and plunder retrieved from the fierce; I will contend with those who contend with you, and your children I will save.'” (Isaiah 49:24-25)

During and after these wars, Israel did not exile the civilian Arab population that were there or had immigrated as a consequence of their industry. Moreover, the surrounding Arab nations rejected them and refused to allow their return to their ancestral nations. Many of these people refused to assimilate into Israel society and became surfs and captives of terrorists leaders who made empty promises, but created a refugee identity of “Palestinians”, who were preyed upon by their Arab relatives with an obsessed madness for Israel’s annihilation. God foretold this horrible human carnage, “I will make your oppressors eat their own flesh; they will be drunk on their own blood, as with wine. Then all mankind will know that I, the Lord, am your Savior, your Redeemer, the Mighty One of Jacob.”  (Isaiah 49:26) This is an accurate depiction of the Arab treatment of the, so called, Palestinians. In spite of billions of dollars in aide, they remain refugees imprisoned by their own hate.

Israeli population growth and immigration will increase. The Palestinians and those who laid waste to Israel will depart and be far away. The astounding nature of Israel’s victory in two wars is an illustration of how quickly God’s promises to Israel can be fulfilled. “Then you will say in your heart, ‘Who bore me these? I was bereaved and barren; I was exiled and rejected. Who brought these up? I was left all alone, but these—where have they come from?’ ” This is what the Sovereign Lord says: “See, I will beckon to the nations, I will lift up my banner to the peoples; they will bring your sons in their arms and carry your daughters on their hips. Kings will be your foster fathers, and their queens your nursing mothers. They will bow down before you with their faces to the ground; they will lick the dust at your feet. Then you will know that I am the Lord; those who hope in me will not be disappointed.” (Isaiah 49:21-23)

“For I will give you words and wisdom that none of your adversaries will be able to resist or contradict.” (Luke 21:15) The Truth is among the most powerful forces existing which evil men have forever sought to silence. It was self-evident truths written in the US Constitution that became foundations in the nations of […]

It is an honor to be the leader of an organization, a Corporation, or even a Team. Perhaps the greatest leader in the world is the President of the United States. There are great honors in every field of endeavor, upon top of those are the various Nobel prizes. In America sporting competition produces celebrities […]

As I thought about writing, art, creativity, it seemed too little, wasted with little to show for it. I had spent thirty years pouring out my creativity in the search for truth, only to see it cast away in the final analysis. It was considered as nothing and often treated as a joke, an absurdity. […]