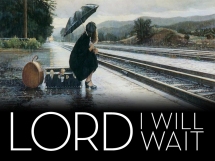 Everything of God is perfect, so when we look at His timing it is amazing.  In His timing He can be severe, as well as gracious.  When Abraham was asked to offer his only son Isaac as a sacrifice, immediately after God stopped Abraham, he supplied a ram that was caught in a thicket for the sacrifice (Gen. 22:13).  When God sent the prophet Nathan to confront King David with his sin, Nathan told him that there was a rich man with thousands of sheep, who took a poor man’s only lamb instead of his own sheep.  David became outraged, and demanded the life of the man who did this.  Nathan replied, “You are the man” (2 Sam. 12:7).  God uncovered David…and brought conviction to him. When Nebuchadnezzar was King and began to think of his greatness, God humbled him by removing the kingship from him and he lived like an animal, when he acknowledged God, God restored him to the throne (Daniel 4:34-37).

When King Saul was pursuing David, he went into the very cave in which David was hiding, to show Saul that he was unprotected before David (1 Sam 24:3).  Time is nothing to God. When Hezekiah asked for a sign, God made the shadow go backwards ten steps (2 Kings 20:10-11).  When the Israelites where in battle God kept the sun from going down until all the enemy was defeated (Joshua 10:12-14). When things looked their worst for the Israelites who had left captivity and were now stopped by the Red Sea with the Egyptian Army approaching from behind, God caused the waters to be divided with a wall of water on their right and on their left (Exodus 14:22).  The walls of Jericho came falling down just as the Israelis blew the trumpets (Joshua 6:20).  When the King of Aram attacked Israel and put them under siege the people were starving, but in one night God set fear into the enemy who abandoned their encampment and left all their supplies.  In just a few hours the Israelites went from starving to having abundant food (2 Kings 7:1-16).   Just as Jonah is thrown into the sea, a great fish swallows him and in three days spits him out on land in proximity to Nineveh (Jonah 1:17).

One my favorite encounters in the bible is where Jesus met the Samaritan woman at the well.  The conversation ranges all over the place until Jesus reveals her actual marriage history and she ultimately admits her deepest faith and hope, “I know that Messiah is coming.  When he comes, he will explain everything to us.”  Jesus declared, “I, the one speaking to you – I am he” (John 4:26).  At just the right time the Messiah shows up to this Samaritan women who was looking for His appearance.  The apostle Phillip shows up just as the Ethiopian eunuch was reading Isaiah’s prophecy about the coming Messiah (Acts 8:27-32).  When Herod was brought before the people they began to say that he was a god rather than a man, God immediately had him eaten with worms (Acts 12:23).

Finally, both Rebekah (Gen. 24:27) and Rachel (Gen 29:9) come out at just the right time to meet those for whom they were sought, Isaac’s servant and Jacob.  I thought of this scripture recently and reflected that if I had known my wife as a child or during high school, things would have been drastically different, in me and her, but with the passage of time and through numerous events, large and small, we were changed, so that at just the right time we met and married.  Is your God in control of your destiny and all the events which shape it; does He transcend time and use it to show His love, mercy, and severity?