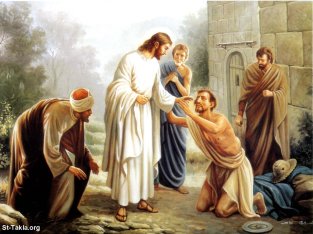 Here are some prophecies about the Messiah’s origin:

– He was not from Bethlehem

– He was from Galilee

– His origins were unknown

– His family and home were known

– He was not King David’s son

The writers of the gospels did research and stipulated the facts surrounding Yeshua and the ancient prophecies:

– The Messiah could not be David’s direct son, because David called him Lord, which he did not do with Solomon or the others.  ” ‘What do you think about the Messiah?  Whose son is he?’ ‘The son of David,’ they replied.  He said to them, ‘How is it then that David, speaking by the Spirit, calls him ‘Lord?’  For he says, ‘The Lord said to my Lord: Sit at my right hand until I put your enemies under your feet.’  If then David calls him ‘Lord,’ how can he be his son?’ ” (Matt. 22: 42-45).

– The crowds knew where the Messiah physically came from, but they did not know that He came from God and was sent by God.  “Then Jesus, still teaching in the temple courts, cried out, ‘Yes, you know me, and you know where I am from.  I am not here on my own authority, but he who sent me is true.  You do not know him, but I know him because I am from him and he sent me.’ ” (John 7: 27-29).  Also, See John 9: 29.

Prophecies that were ignored by the crowds:

– The Messiah would come from Galilee, (Nazareth).  “Nevertheless, there will be no more gloom for those who were in distress.  In the past he humbled the land of Zebulun and the land of Naphtali, but in the future he will honor Galilee of the nations, by the Way of the Sea, beyond the Jordan—The people walking in darkness have seen a great light; on those living in the land of deep darkness a light has dawned.” (Isaiah 9: 1-2).  Nazareth was in the district of Galilee; it’s like saying, you were from Colorado, if you were born in Denver.

Prophecy is for encouragement, rather than a tool for one’s rational analysis.  The words and deeds of Yeshua, evidenced that He was the Messiah.  When John the Baptist asked whether He was the one, Yeshua replied to the messengers, “Go back and report to John what you have seen and heard: The blind receive sight, the lame walk, those who have leprosy are cleansed, the deaf hear, the dead are raised, and the good news is proclaimed to the poor.” (Luke 7:22).  Several people may have been born in Bethlehem and were descendants of David, but only the Messiah could do the work of God Almighty.  The Bible is a unique, convincing, and faithful testimony of God, but a personal encounter with the resurrected living Messiah, Yeshua, brings faith and salvation.  Yeshua said He was the Messiah, what say you?