Home › Books › The Creator and the Cosmos

The Creator and the Cosmos 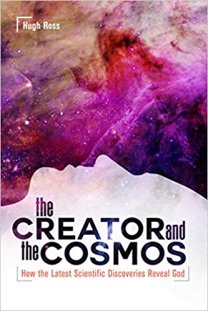 This book by Hugh Ross, Ph.d. is well written and interesting.  It discusses astrophysics in a way that is understandable even though it goes into considerable depth.  Dr. Ross is a believer and a cosmologist and theoretician.  This was the third edition which included many recent updates. The Big Bang theory and recent discoveries related to it have transformed thinking on the origin of the universe and the existence of a Creator.  Those who are opposed to God in any concept are scrambling to craft new arguments against the Big Bang theory.  This book explains evidence for and defense of the Big Bang theory based on existing observations, measurements, rationale of general relativity, and the laws of thermonuclear dynamics.

The first three chapters outline the nature of the issue and current scientific conclusions.  Chapters four through eight are a little technical, but that must be accepted with such a complex subject.  However, the last chapters are outstanding.  Dr. Ross does not approach the origin of the universe from a theological or philosophical perspective, but from a scientific one.  Yet, as a Believer, he is able to illustrate how the biblical account of creation describes what astrophysics actually observes and how a hot Big Bang creation event points to a Creator God.  For example, the Bible says God, “stretched out the Heavens” and science proves the universe is expanding at an increasing rate.

The last chapters are devoted to explaining how today’s unfolding scientific research tends to support the existence of the God of the Bible.  Not only is evolution, random chance, and quantum theory debunked by tested laws of physics, evidence and observation, but new scientific measurements indicate that the level of intelligent design goes beyond what we see on earth, even to the limits of the universe.  In Dr. Ross’ words, unless the entire universe is just as it is, life on earth would not be possible.  Even distant galaxies, giant red stars, quasars, supernovae, and black holes, must all be exactly as they are in order for there to be life on earth.  This is explained in great detail.

He addresses other famous astrophysicists like Einstein, Hubble, Hawkins, Bohr, Sagan, and many I have never heard of explaining the gist of their discoveries, theories, laws of physics, and positions, then describes flaws in their arguments against a beginning of time, the observed universe, and a Creator as described in the Bible.

True science bears witness to God’s glory in creation.  Anyone interested in a reliable analysis of the many theories of creation will like this book.  If you sincerely question whether there is a God behind the universe, read this book.  If you have taken up an offense against God and/or Christians, no book other than the Bible can help you, as it is contains a supernatural message that transcends time and space.  Be at peace, God’s lovingkindness is everlasting, even though time is not.