Home » Theology » Throw Out The Fleece 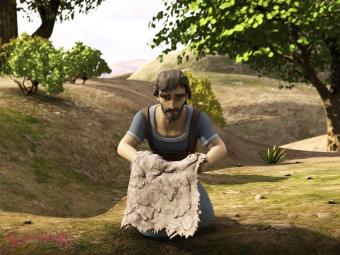 “And Gideon said unto God, If thou wilt save Israel by mine hand, as thou hast said, Behold, I will put a fleece of wool in the floor; and if the dew be on the fleece only, and it be dry upon all the earth beside, then shall I know that thou wilt save Israel by mine hand, as thou hast said.  And it was so: for he rose up early on the morrow, and thrust the fleece together, and wringed the dew out of the fleece, a bowl full of water.  And Gideon said unto God, Let not thine anger be hot against me, and I will speak but this once: let me prove, I pray thee, but this once with the fleece; let it now be dry only upon the fleece, and upon all the ground let there be dew.  And God did so that night: for it was dry upon the fleece only, and there was dew on all the ground.”  Judges 6:36-40.

Most Christians are familiar with the story of Gideon and the fleece he used to determine if he was hearing the actual Word of God in selecting him to lead the battle against the Midianites.  The question is if this is something a Christian should do today to help confirm whether or not a word is from God or not.  Certainly many people who claim to hear a word from God have not as shown by the many that have falsely predicted a day for the second coming of Christ and other “words” from God that have failed to come true.  It is sometimes hard to distinguish between God and just thoughts our own mind are giving us without being put there by God.

There are several accounts of a fleece being used productively.  Perhaps the most famous account involved the first time Billy Graham begin praying about starting a radio broadcast in the early days of his ministry.  After finding out he would need  $25,000 just for the first three weeks his enthusiasm cooled.  However, he had some friends who encouraged him to try to raise the money from wealthy supporters of his ministry as he had done for other projects in the past.  Graham was still unsure if it was God’s will so decided that he would “throw out a fleece” at his revival service that night and if they raised $25,000 by the end of the night he would go forward with the radio campaign.  To his friends dismay he did not mention the need for the money during the offering but only at the end of the sermon saying that if anyone wanted to help this project to meet him in back after the service.  Incredibly, people lined up and $23,500 was raised.  The friends told Graham they could get the other $1,500 themselves but Graham said he must get the full $25,000 by that night to know it was God’s plan.  When Graham got back to his motel room there were two envelopes waiting for him and several phone calls with pledges for exactly $1,500.  This convinced Graham it was God’s plan to go on radio.

There is also the story of Kay Arthur, the Precept Ministries cofounder, who in the days before meeting and marrying Jack Arthur had a boyfriend who wanted to marry her and she very much wanted to marry him.  However, he was unsure if it was God’s will so he put out a fleece that if someone asked him about a red bike he would not marry Kay.  Incredibly, soon after someone came to his door and asked if he had a red bike for sale even though he had no bike or advertised for such a sale. This confirmed to him it was not God’s will for him to marry Kay.  Kay was heartbroken but later understood it was God’s will for her to marry Jack and have an incredible ministry together with him.

It is notable that God did not criticize Gideon for “throwing out the fleece” and I believe it can be a valid exercise to confirm God’s will in our lives in certain cases.  This is especially true since we can not expect a direct appearance of God himself as Gideon had but rather have to rely on our own impressions from the Holy Spirit to determine God’s will which can be easily misinterpreted.