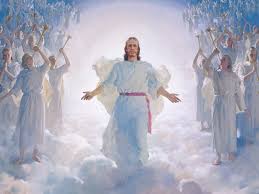 Someone said something to me and I assumed I understood, until I saw what they actually meant.  I was given a message that made sense, but it was not specific or in context, so my understanding was incomplete.  I could have speculated about various details and meanings of the message, but a complete picture would have to wait until the event transpired.  When what was said was put in its full context its accuracy can be established.

This process is like prophetic revelation.  Prophecy is a foretelling of things yet to come.  Revelation means to be revealed over a period time.  There is much speculation in our society, sports, business, finance, politics, fashion – you name it.  The difference in prophecy and speculation is that prophecy is given by one who knows, whereas speculation is merely a guess.  Revelation could happen without prophecy, if one wanted to surprise their friend by giving periodic hints about an event planned to be held in the future.  Each hint would shed more light on the event until at last everything would be made certain.

The book of Revelation in the Bible is this way.  It was prophetically given to the Apostle John about the end times.  Some books in the old covenant also contain prophecy about the end times, such as, Daniel, Ezekiel, Isaiah, Zechariah and Malachi. The supernatural nature of God gives us a picture of events that will proceed the end times, as well as a description of the destruction of earth and a glimpse of Heaven.  No other book on earth even attempts this, unless it is a knock off of the Bible.  It contains a special blessing, “Blessed is the one who reads aloud the words of this prophecy, and blessed are those who hear it and take to heart what is written in it, because the time is near.” (Rev. 1: 3).

God gave the Bible to us so that we would know Him, especially as Yeshua Messiah, the Savior of all who believe in Him.  The Bible is the story of God’s love and redemption of Mankind.  It includes things that are yet to come, in the prophetic books, and the End times before the Earth will be destroyed by fire.  When reading prophecy it is dangerous to be dogmatic and fall into speculation.  Prophecy is not like a cheat in a video game, so you can get what you want.  Prophecy is for encouragement to draw us to God, so that we may find refuge in Him, knowing that He is good and loving eternally.

Here is are some items presented, in no particular order, in end time prophecy:

▪Yeshua will return to earth bringing justice, judgment, and destruction to the enemy of God and mankind.

▪One last battle will take place at Megiddo, Israel, before the end, called Armageddon, with every nation on earth coming against Israel.  The enemies of Israel will be defeated by God through His supernatural deliverance.

▪Powerful natural disasters will take place, such as have never happened before, bringing great destruction upon the earth and its inhabitants.

▪A world-wide ruler, called the Antichrist, will emerge along with his associate who will deceive non-believers on earth and proclaim Himself God.

▪In judgment the world will experience plagues, that will bring suffering as never before seen in history.

▪After the Messiah defeats the enemies of God, He will establish peace on earth and rule for a thousand years, after which time the enemy will again arise and with his defeat, the earth will be destroyed by fire.

▪After the earth is destroyed a new heaven and earth will be created and all believers from every nation will be restored in relationship to God and live in His glorious presence with new heavenly bodies.

▪God will protect believers and faithfully deliver them, even in and through times of upheaval, oppression, and disaster.

▪In the end, God and Yeshua are victorious over His enemies and bring justice, love, righteousness blessing and eternal glory in heaven to all who accept Him.

We only live a few years in our bodies on earth, but the Bible teaches that we were created with a Spirit that is eternal.  “Just as people are destined to die once, and after that to face judgment…” (Heb. 9: 27).  After judgment those who trust in Yeshua Messiah will live and inherit a home in Heaven with eternal glory in God’s loving presence.  Prophecy describes it and it is being revealed, bit by bit.