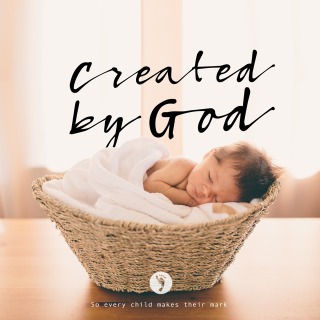 We humans are made in the image of God, meaning we have an appearance of Him.  The similarity may be in our triune existence of spirit, soul, and body, as God is Father, Son, and Spirit.  I believe this is true and it separates us from the other creatures on the planet in so many aspects that anyone but a Scientist can easily understand.  But are there other similarities and what of our distinctions.  Of course, the distinctions are infinite, but the Bible says, “He has made everything beautiful in its time.  He has also set eternity in the human heart; yet no one can fathom what God has done from beginning to end.” (Ecclesiastes 3: 11).  God and a part of man are eternal.  Believers know and understand that there is an afterlife consisting of either eternal glory in Heaven in God’s presence or eternal torment in Hell separated from God, His love, mercy, protection, and all goodness.  Hell is described as the second death, in that life is good and from God, but Hell will be only an eternal existence of torment apart from Him.  Even the mention of Hell is fearful and loathsome.  We feel this fear when we walk near to the cliffs edge because we sense the possibility of pain and life’s end, no more happiness, no more delight, no more love.  Hell is the horrific end of all, eternal torment.  Yeshua warned, “If your hand causes you to stumble, cut it off.  It is better for you to enter life maimed than with two hands to go into hell, where the fire never goes out….where ‘the worms that eat them do not die, and the fire is not quenched.’ ” (Mark 9: 43, 48).

For Believers there remains an eternal life infinitely better than our life in these limited physical bodies with our fallen nature, among a corrupted degenerating world. “In a flash, in the twinkling of an eye, at the last trumpet. For the trumpet will sound, the dead will be raised imperishable, and we will be changed. For the perishable must clothe itself with the imperishable, and the mortal with immortality. When the perishable has been clothed with the imperishable, and the mortal with immortality, then the saying that is written will come true: “Death has been swallowed up in victory.” “Where, O death, is your victory? Where, O death, is your sting?” The sting of death is sin, and the power of sin is the law. But thanks be to God! He gives us the victory through our Lord Jesus Christ.” (1 Corinthians 15: 52-57).

Have you ever marveled at the “you” deep inside that seems to never age?  Have you lived long enough to experience that moment of realization when your body can not deliver what your mind expects.  Have you recalled memories of childhood and sensed that you are still that child deep within?  I believe this is the spirit that each person has deep within.  I say, “deep” because we can easily ignore and stuff our spiritual nature down within and live an existential life of physical  senses, mental rationalization and entertainment.  In fact, that denial is the normal worldly way to live concluding spirituality is merely emotionalism, random intuition, imagination, coincidence, dreaming, such that there is no transcendent reality.   It’s a lie, meant to deceive and trick as many as are destined to destruction.  Peter describes these quite accurately while explaining the Sovereignty of God in salvation. “…if this is so, then the Lord knows how to rescue the godly from trials and to hold the unrighteous for punishment on the day of judgment.  This is especially true of those who follow the corrupt desire of the flesh and despise authority.  Bold and arrogant, they are not afraid to heap abuse on celestial beings; yet even angels, although they are stronger and more powerful, do not heap abuse on such beings when bringing judgment on them from the Lord.  But these people blaspheme in matters they do not understand.  They are like unreasoning animals, creatures of instinct, born only to be caught and destroyed, and like animals they too will perish.” (2 Peter 2: 9-12).

What I started to say was that we were constructed with an eternal design and image of God that is identical to Yeshua Messiah, God’s son. (2 Cor. 3:18).  Yet, that image has many facets as a diamond tracing back to our initial ancestors. “And the Lord God commanded the man, ‘You are free to eat from any tree in the garden; but you must not eat from the tree of the knowledge of good and evil, for when you eat from it you will certainly die.’ ” (Genesis 2: 16-17). n Every human instinctively knows good and evil, though without the power to choose only the good .  If you ask anyone from any religious background, ethnicity, or nationality whether it is right for someone to kill their children or torture their spouse they will tell you no.  They know this in their innermost being to be true.  We each have this knowledge of good and evil.  In this way we bear God’s image.  Moreover, it makes each of us responsible for our wrong doing.  It is not necessary to construct free will as a cause for moral agency but rather our knowledge makes us responsible.

One last similarity I will mention is our ability to reproduce, which is not really like God’s creation that started with nothing and was effected by His will and word such that the entire universe exploded into perfectly designed existence.  Still, the conception and birth of a baby is a miracle that at least points to God’s creative work.  If it wasn’t the essential creative miracle that it is, the enemy would not exert such evil as abortion and euthanasia in an effort to rid the would of innocent unlimited potential and glory toward God and His beloved creation who bear His image.  Yet, physical death is but a shadow of permanent separation from God.  Today, is still the day of salvation.  Let us open the door of our hearts and let Yeshua come in to continue His work of conforming us into His image.

One thought on “Human Construction”