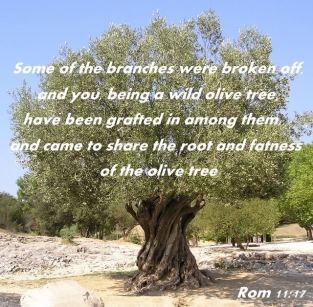 “Oh, I got a text from Shana,” she said.  I paused thinking, how is she texting my Cousin, whom I haven’t spoken to in several years, when she said, “…you know from Arkansas.”  “Oh, yeah, how is she and Chip,” I replied.  We want to know the status of our friends – that they are well.

As a Believer, we must remember our state of being, united with Yeshua, Messiah.  The Apostle describes in great detail our position as Believers.  “For we are God’s handiwork, created in Christ Jesus to do good works, which God prepared in advance for us to do.  Therefore, remember that formerly you who are Gentiles by birth and called ‘uncircumcised’ by those who call themselves ‘the circumcision’ (which is done in the body by human hands)—remember that at that time you were separate from Christ, excluded from citizenship in Israel and foreigners to the covenants of the promise, without hope and without God in the world.  But now in Christ Jesus you who once were far away have been brought near by the blood of Christ.” (Eph. 2: 10-13).

In the middle of his description he flips to our former position, but stating it currently, means that we are included with citizenship in Israel and natives to whom belong the covenants of the promise, having hope and having God in the world.  I think some might fail to reverse these elements of our lost condition with our status as members in the family of God.  We are citizens in Israel, the guarantees of promises made to Israel apply to us just as native-born citizens and we have both hope and God, now.  This does not mean we should pursue a religion of legalism and works, but rather, acceptance of what God says; that He works in and through us to produce and accomplish that which pleases Him, in accordance with His sovereign purpose.  There is no basis of acceptance other than to be one in Yeshua, brought near to God by the blood of Messiah.  All the promises of God have their fulfillment in Yeshua Messiah.  “He came to that which was his own, but his own did not receive him.  Yet to all who did receive him, to those who believed in his name, he gave the right to become children of God—children born not of natural descent, nor of human decision or a husband’s will, but born of God.” (John 1: 11-13).

Yeshua came to save Israel.  The Jewish leaders rejected him, but not all Jews, yet as a consequence other nationalities (Gentiles) were offered Israel’s same salvation, through faith in Yeshua Messiah.  We understand from scripture that He will return to fulfill His mission.  “I do not want you to be ignorant of this mystery, brothers and sisters, so that you may not be conceited: Israel has experienced a hardening in part until the full number of the Gentiles has come in, and in this way all Israel will be saved.  As it is written: ‘The deliverer will come from Zion; he will turn godlessness away from    Jacob.’ ” (Romans 11: 25-26).  The Gentiles, non-Jewish peoples, have not replaced Israel, but rather have joined with Israel in Messiah Yeshua.  He is able to accomplish all He says, so that all Israel will accept her Messiah and find salvation in Him alone.  Is it any wonder that the evangelical christian community is accepting and supporting Israel as never before and contrary to many others who hold Israel in ever-increasing contempt.  The Holy Spirit leads believers to hold fast to the word of God, bless Israel, and look forward to the certain fulfillment of biblical prophecy.